Creating Space for Transformation
May 2013

• Central School of Speech and Drama, London, UK
Creating Space for Transformation
May 2013

• The Tisch School of the Arts NYU, New York City

Ion Cosmin Chivu has over sixteen years of experience in teaching acting and directing courses, as well as master classes on acting, improvisation, directing styles, devised theater, and performance techniques. In America he has taught in five universities and internationally in twelve countries. His pedagogical approach is based on creative strategies for students to grow artistically to become first rate performers. His system of work is based on three key theorists: the Stanislavski’s principles, which he learned and practiced in Eastern Europe, the Brechtian inheritance, which he gained in Western Europe, and the Method Acting of Strasberg that he studied in New York at the Actors Studio Drama School and practiced as a life-time member of the Actors Studio. During the process, he refers to the extensive vocabulary developed by theater masters such as Michael Chekhov, Sanford Meisner, Stella Adler, Uta Hagen, Robert Lewis, and Arthur Penn. He also practices a fusion of pedagogic methods of the European schools of Brecht, Grotowski and Lecoq. His technique provides the students with a precise order of progression to intensify their skills as actors and directors.

​ In the Fall of 2011 Ion Cosmin Chivu was appointed to Assistant professor with tenure track at Pace University, and shortly after he became the Director of the BA International Performance Ensemble (IPE) at Pace School of Performing Arts in New York City. In 2011 and 2012 he created two new programs, BA in Directing and BA in Acting, under the umbrella of the International Performance Ensemble (IPE), which now enters its third year of existence and has enrolled over one hundred students. He created the academic structure, curriculum, and drafted the entire load of courses and syllabi within these two BA programs. In addition in the Summer of 2014 Chivu implemented the international component of IPE, which involved touring performances of three different groups of sophomore students to the UK’s London Central School of Speech and Drama, Romania’s Sibiu International Festival, and Greece’s Theater of Changes Festival.​

To learn more about the BA in Acting click here

To learn more about the BA in Directing click here 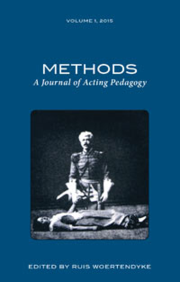 Cosmin Chivu's interview with Anne Bogart was recently published in Methods: A Journal of Acting Pedagogy, a peer reviewed journal dedicated to the art and craft of acting and its philosophies, exercises, and history. Methods explores acting for stage, film, and television, their similarities and differences, deconstructing old techniques and constructing new ones. Methods includes interviews with important industry professionals, academic and professional news about the performing arts, book reviews, and historical documents. Methods will embody everything about the craft and entertainment of acting, from culture to spirituality to truth. 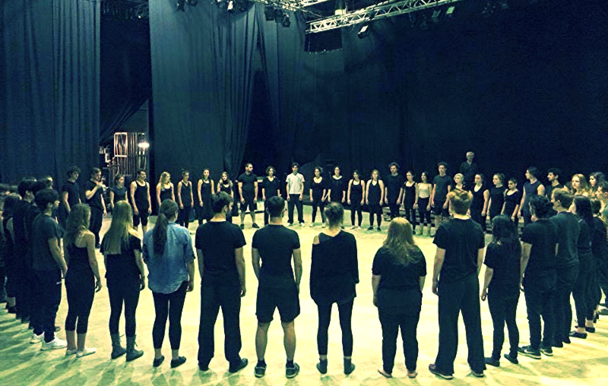