Launched in February 2012, Pace School of Performing Arts Masters Series is a public conversation that provides the new generation of performing arts students with the opportunity of interacting with well-established outstanding artists. The Series is produced in association with Schimmel Center for the Arts in Downtown Manhattan. Well-known American actors, writers, directors, designers and theater professionals share in person their craft and their life experience with their invaluable perspectives on the creative process. The class is also meant to reinvigorate theater's ancient role as a public forum by focusing on the social and cultural context for the works of the American Theatre of today and tomorrow. Cosmin Chivu moderates.

Pace Press: September 2014/ Veteran stage, film, and TV actress Kathleen Turner will reveal much about her career and life in a conversation with PPA students at the Pace School of Performing Arts Masters Series, moderated by Cosmin Chivu

Pace Spotlight: November 2013/ If you don’t know her from Steel Magnolias, maybe her infamous “don’t sh*t where you eat” Moonstruck quote is what you remember her by.

The Shakespeare Guild: January 2013/Savoring the Classical Tradition in Drama; an evening with Julie Taymor

Playbill: April 2012/ An Evening With the Legendary Zoe Caldwell to Be Offered at Pace University 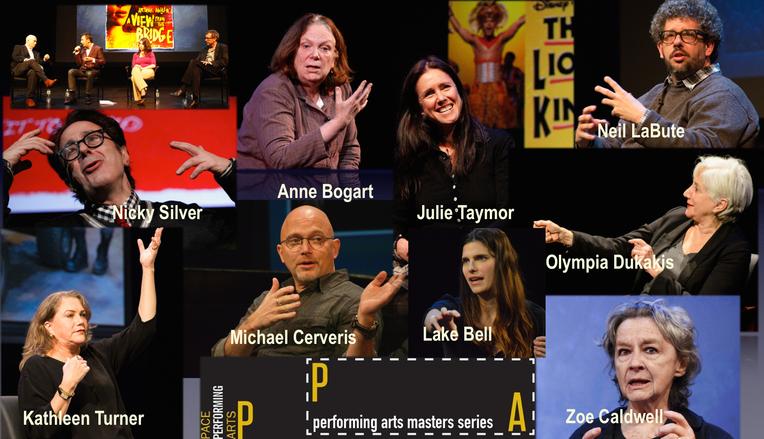 The Masters Series in the Media